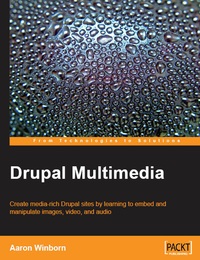 Aaron Winborn has been developing websites since the mid-90s. Beginning as a freelancer while teaching at a Sudbury school (a democratic and age-mixed model for young people), his clients demanded more and more features, until he (like everyone and their grandmother) realized he had built a full-featured content management system that required more work to develop and maintain than he was able in his spare time. He realized at some point that somewhere in the world of Open Source, someone had to have created and released something to the community. Of course, the wonderful news was Drupal. After converting the existing sites of his clients to Drupal, he continued learning and began to contribute back to the community. About this time, Advomatic, a company with similar interests and a commitment to the Drupal community, began expanding beyond the initial partners who formed it in the wake of Howard Dean’s presidential campaign of 2004. Aaron realized that his own goals of creating great sites with a team would be better matched there, and he was hired as their first employee.